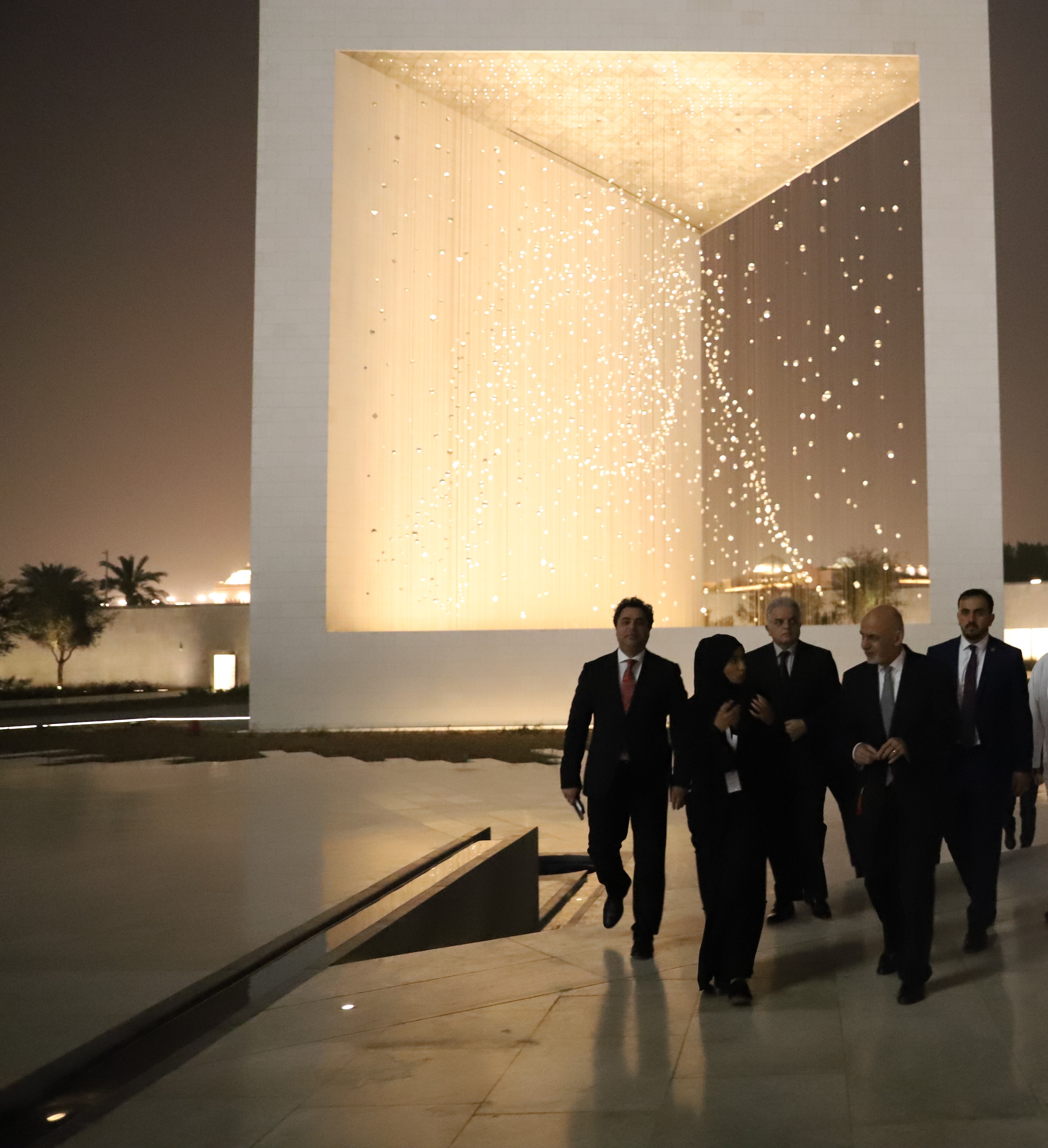 Afghan President Ashraf Ghani visited the Founder's Memorial today, as part of his official visit to the UAE.

H.E Dr Yousef Al Obaidli, Director General of the Memorial, also accompanied the Afghani President and his delegation on a tour where they were briefed by one of the Memorials Cultural Tour Specialist about the legacy of UAE's late Founding Father Sheikh Zayed, which is manifested through the artwork Al Thuraya that offers a dynamic three-dimensional portrait of Sheikh Zayed.

At the end of the visit, President Ghani and his delegation strolled along the elevated walkway, punctuated with visionary quotes by Sheikh Zayed, and watched a brief documentary at the Visitor Center about the Memorials stages of construction.